Places You Must See in Los Angeles

Los Angeles. 2nd largest city in the United States, almost 4 million inhabitants, an area of 502.7 sq mi., dozens of museums and attractions... and you. What to do and what to see first? What are the top attractions in L.A.? Here are the best bits of the City of Angels.

There was a time when the Hollywood Hills were not as famous as they are today. In fact, land for sale had to be actively promoted. In the early 1920s, a huge real estate project was set up. The HOLLYWOODLAND sign was there to attract potential buyers.

Supposed to remain for only a year and a half, the sign was abandoned. It was then stripped of its last 4 letters. By the 1970s, it was classified as a historical-cultural monument of Los Angeles, CA. All the letters were replaced in 1978. They were repainted in 2012, using about 1,365 liters of paint. Today it is an emblem of the city in addition to being the largest billboard in the world.

To get a great view of the billboard, head to Lake Hollywood Drive by parking on Canyon Lake Drive. Beware, you won't be the only one to admire the beautiful white letters. If you still want more exclusivity, take North Beachwood Drive from Hollywood Blvd. It continues onto Ledgewood Drive before going up Deronda Drive. From there, take the small footpath at the end of which a magnificent view of Los Angeles awaits you.

The Walk of Fame on Hollywood Boulevard

The stars on the sidewalk on Hollywood Boulevard have formed more than one traffic jam. They are all linked to Hollywood and the success of the artists who have paraded there. The most famous sidewalk on the planet was completed with its stars in 1958. At first, it had 2,500 empty stars. They were all assigned gradually.

There are 5 different kinds of stars. They're awarded to celebrities who have distinguished themselves in:

About 2 stars are awarded every month and their location may vary. This recognition comes with a price. The celebrities who are awarded a star must be present at their recognition ceremony. They also have to pay $30,000 to the Hollywood Historic Trust, which handles the maintenance of the Walk of Fame.

Universal Studios takes you behind the scenes of your favorite movies. It's the only theme park located in a working movie studio. Assembly, choice of costumes, stunts... You’ll know everything.

The park is divided into 2. You can visit the studios and learn all about the movies that make up your movie nights or sofa evenings. You can also take a ride on the huge Jurassic Park roller coaster, meet the ogres of Shrek in 4D, dive into the virtual life of The Simpsons...

Universal Studios is a giant in the film world. It's one of the oldest and largest film studios in the world. The Universal Studios concept has spread beyond Los Angeles. It has parks in Orlando, Japan, and Singapore. 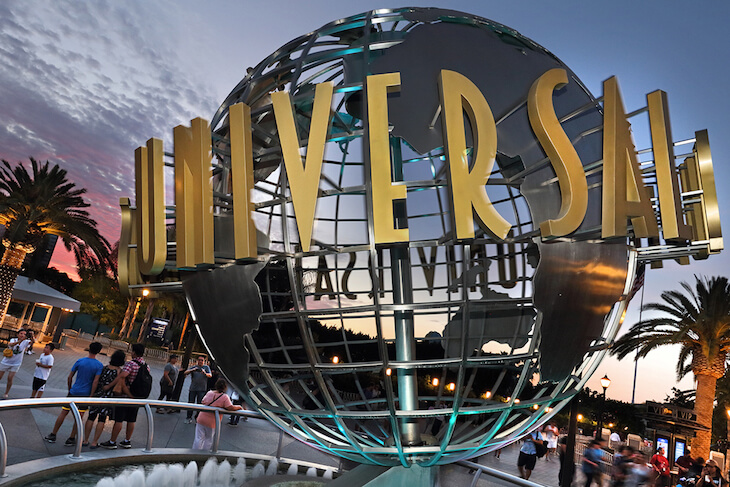